Torsten Ruehle was born in Dresden, 1975 and currently lives and works in Berlin. In his paintings, Ruehle sparsely applies various layers of airy oils and pencil. Instead of over filling the canvas with information, he filters and reduces his work until a harmonic visual distillate is achieved. In this reduced form, the original act often has vanished, or the subject seems to be ridiculed. The calm and surrealistic world he creates, however, presents itself in the form of subtle objects and postures, at the same time transmitting a tension and atmosphere that refers to film, sometimes even quotes of films, by directors such as David Lynch and Aki Kaurismäki, who are also known for surreal pictures.

This exhibition is organized in cooperation with 2x2projects 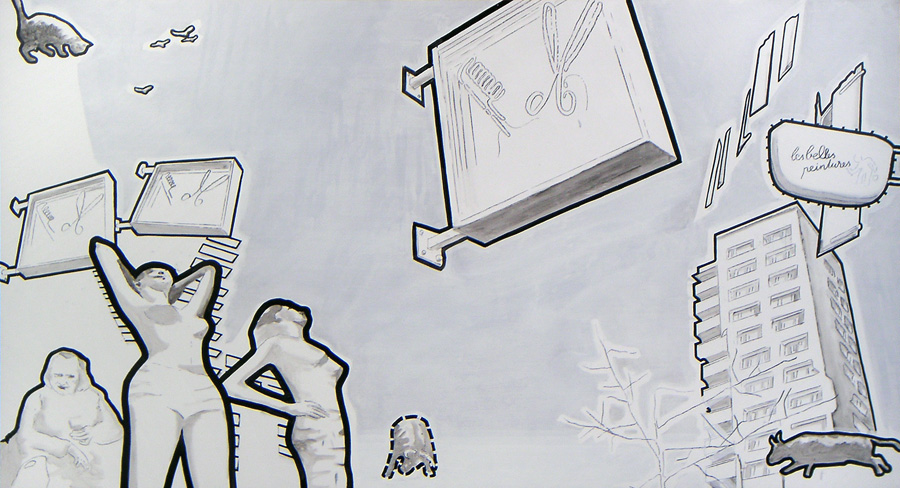