In Fraser Stewart’s new solo exhibition IN FUSION at Gallery Vriend van Bavink he takes over the gallery as the place of creative control. Through a process of invasion and destruction new works will be realised. Creating unique prints with an adapted motorcycle in the style of an action performance painter. Attempting to fuse different everyday objects, symbol and notions of subcultures.

Fraser Stewart ( 1986, UK)  was a resident at the Rijksakademie van beeldende kunsten between 2013-2015. He studied an MA in artistic research at The Dutch Art Institute (DAI) Arnhem and received a BA hons at Leeds Metropolitan School of contemporary Art. He exhibited widely throughout the Netherlands and abroad. Previously he was represented by the former artist label All Together Now Rotterdam  and was a member at  De Service Garage. He Initiated an exhibition titled “/|\” at the W139 Amsterdam, exhibited in Showroom Mamma, 1646 Den Haag and Van Abbe museum.

Stewart works in multidisciplinary performative method, blending films, performance, sculptures, printmaking and ceramics. He often works with language and fictional scenarios and characters. Central to his practice are the thematics of humor and tragedy with a critique of capitalism through the use of failure. In his new show In Fusion he builds on certain recurring themes that emerge from previous works like motorbike riding, speed and danger aswell parodies of artistic production. In this body of work he is exploring stereotyping about themes like masculinity, danger and hooliganism.

In addition to the the exhibition IN FUSION, Vriend van Bavink have invited artist Kiki Weerts to make installation upstairs in the Pacific Place salon alongside works by Eelco Wagenaar. On May 13 there are also openings in the Pacifc Place at gallery ten Haaf Projects and Canvas contemporary. 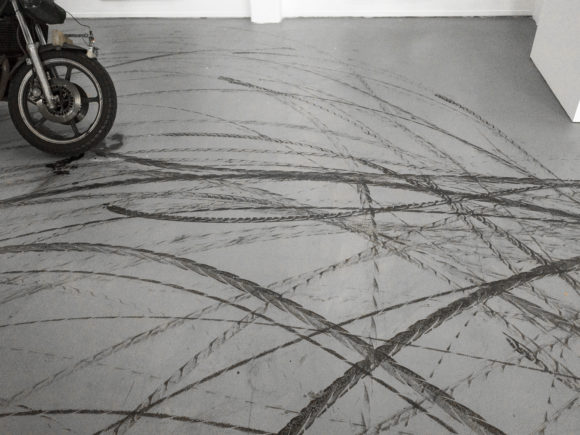 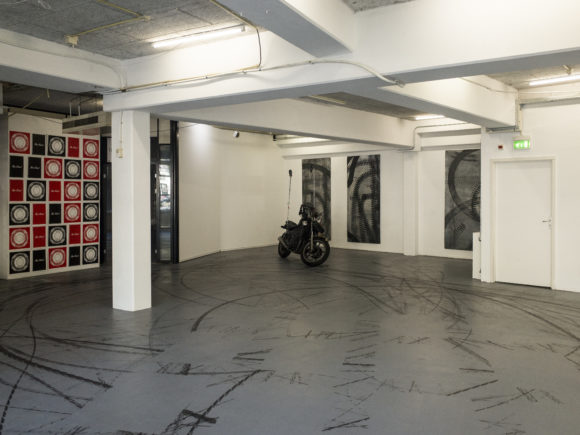 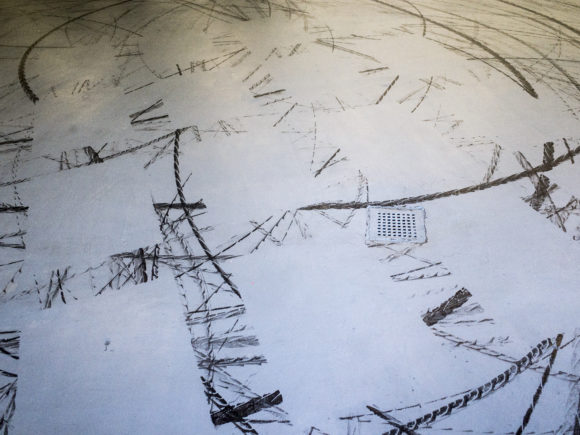 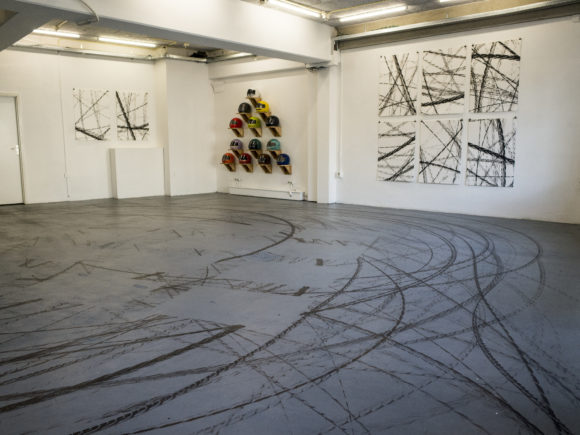 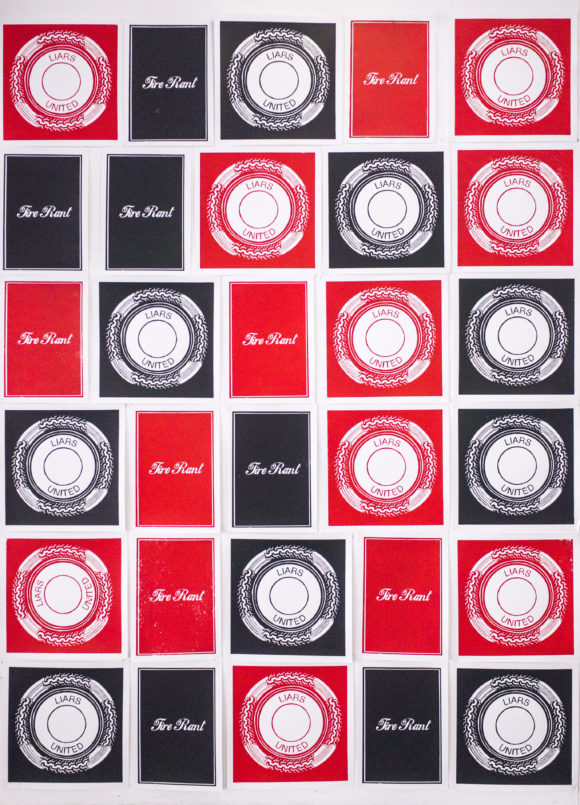 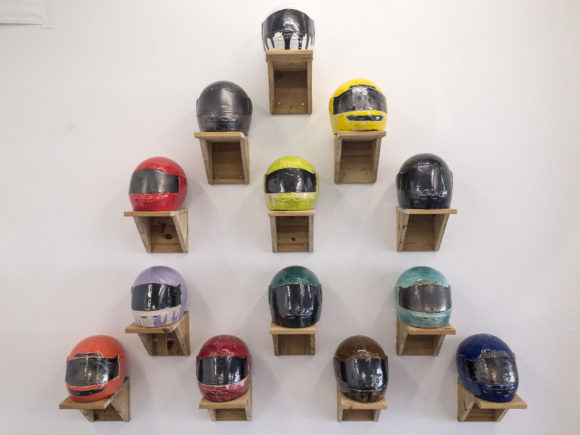 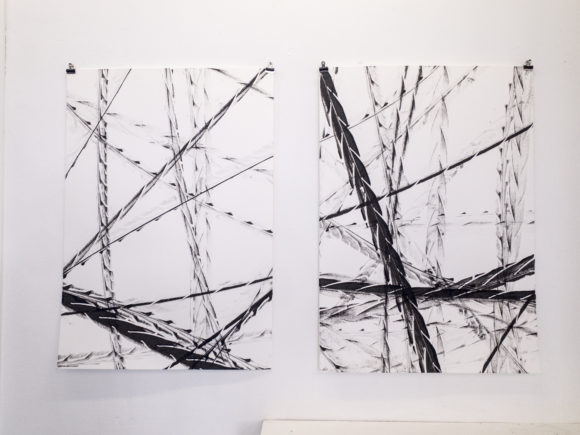 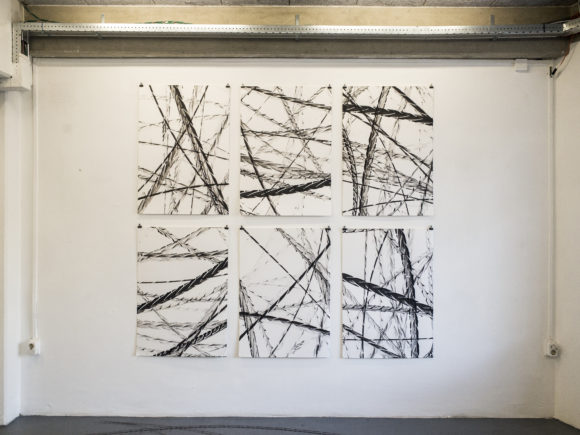 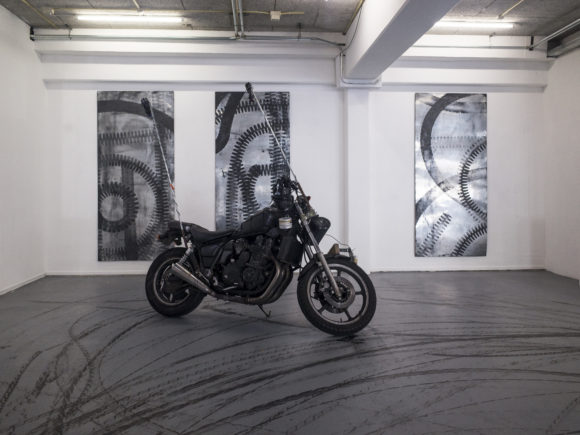 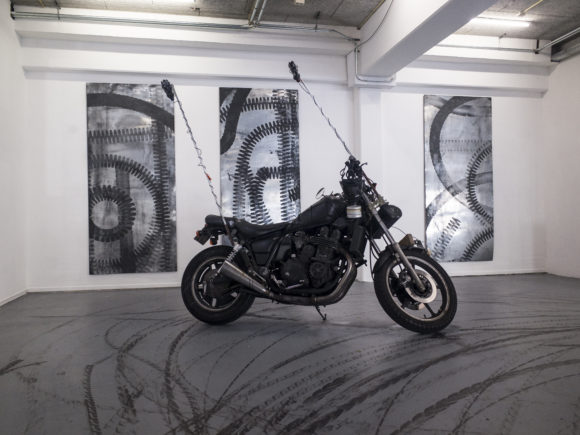