Fahmy Shahin : Journey in the land where time rests 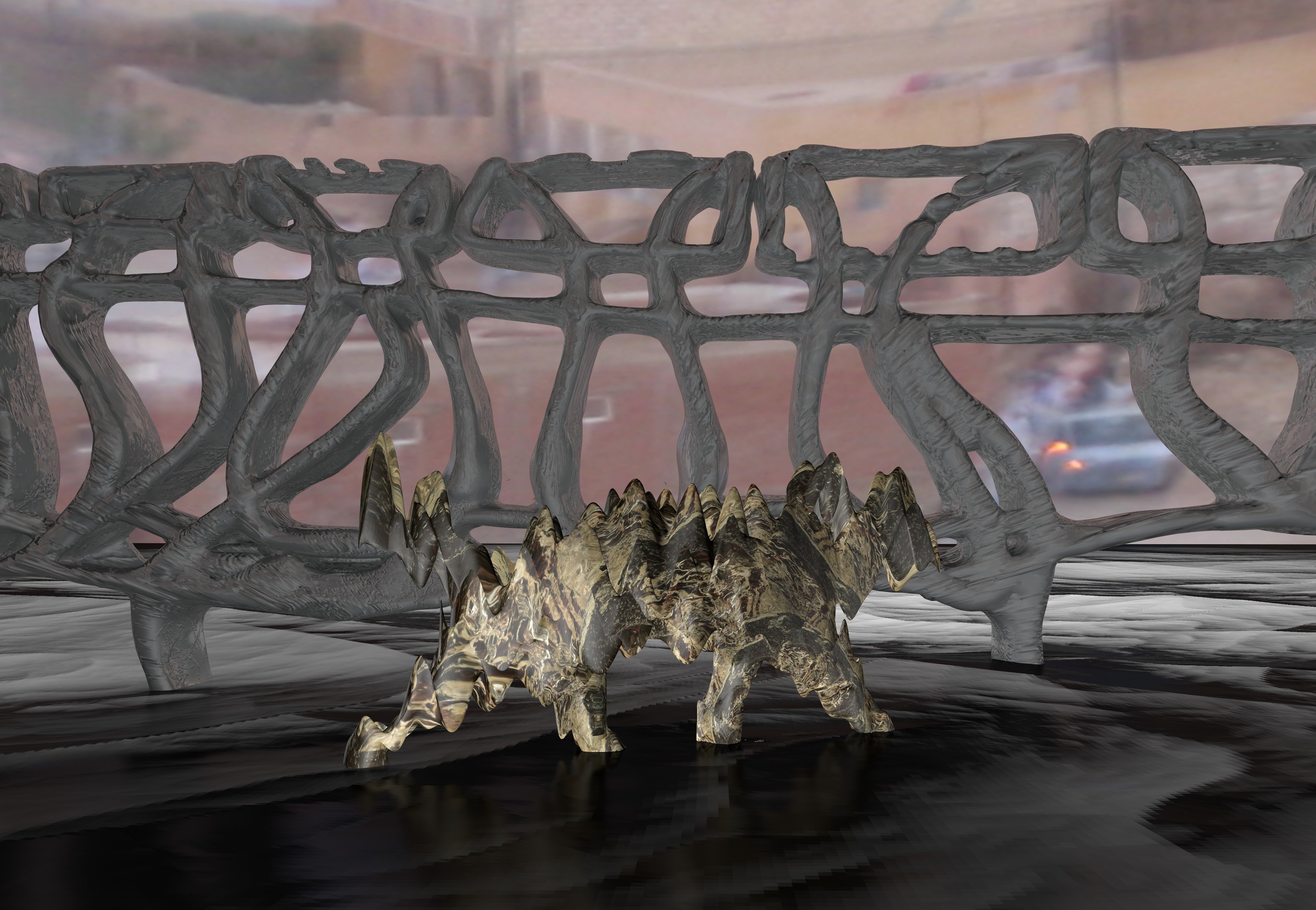 15 september – 14 october,
Opening : 15 september 17:00,
Galerie Vriend van Bavink Pacific Place
Geldersekade 30, Amsterdam
Each Friday, my dad used to recite the same verse from the Koran, every single Friday, it was titled The Cave. It describes a wall whose collapse would trigger the unfolding of the end of times.

Until now, it is believed that reciting this verse every Friday will keep the wall erect.
Until today, I still believe that my dad can save the world.
A forgotten myth is our vehicle.

wall, fence or dam ?
would a structure condition the Apocalypse lest befell forgotten ?

a commemorative wall
and a barrier
to prevent ominous demographic sweeping

a self or a modern one ?
deprived of its mystic
but rewarded by a new mythical plasticity

a real monster
or a divine pet ?
it only appears in the infinite edits of the same story

a pleasant or unpleasant journey
in the land
where time
rests

PS. “we start to build walls again – to live like walls –  with the same boredom – the same staleness – our faces as hostile as walls – and our destinies thick, useless and full of walls.”
G. Henein, in The Meaning of Life, 1938

Vriend van Bavink presents new sculptural work by Fahmy Shahin (1983) that is especially made for the project space on the first floor of the gallery.  Fahmy Shahin was born and raised in Cairo, Egypt, where he studied Textile Printing at Helwan University’s Faculty of Applied Arts. Currently, he resides in Amsterdam in a studio above gallery Vriend van Bavink. He has recently graduated from the Royal Academy of Art, The Hague. His graduation project Plastic/Ocean/Desert/Sky was awarded the Interactive, Media, Design department award and received an honourable mention from the Stroom Encouragement Award. It was later featured in a solo presentation at Petra Ark Space (Amsterdam) in 2016, and in the 3D Additivist Cookbook by Morehshin Allahyari and Daniel Rourke
.